The avenue, surrounded by late Ottoman era buildings (mostly from the 19th and early 20th centuries) that were designed with the Neo-Classical, Neo-Gothic, Renaissance Revival, Beaux-Arts, Art Nouveau and First Turkish National Architecture (Birinci Millî Mimarî Akımı) styles; as well as a few Art Deco style buildings from the early years of the Turkish Republic, and a number of more recent examples of modern architecture; starts from the medieval Genoese neighbourhood around Galata Tower and ultimately leads up to Taksim Square.

Galatasaray Square is located at approximately the center of the avenue and is home to one of the finest educational institutions established in Turkey at the time of the Ottoman Empire; originally known as the Galata Sarayı Enderun-u Hümayunu (Galata Palace Imperial School) and today known as Galatasaray High School (Galatasaray Lisesi).

In the historic Karaköy (Galata) district towards the southern end of the avenue, it is possible to see the world’s second-oldest subway station, generally known and referred to as simply Tünel (The Tunnel) which entered service in 1875. Moreover, the German High School of Istanbul (Deutsche Schule Istanbul in German, Özel Alman Lisesi in Turkish) is also located near Tünel.

The cosmopolitan avenue is surrounded by an array of historical and politically significant buildings, such as the Çiçek Pasajı (Flower Passage) where small, intimate restaurants and taverns are found; Balık Pazarı (The Fish Market); the Ağa Camii Mosque; the Roman Catholic churches of Santa Maria Draperis and S. Antonio di Padova; the Greek Orthodox Haghia Triada; the Armenian Üç Horan (among many other churches); several synagogues; mosques; academic institutions established by various European nations such as Austria, France, Germany and Italy in the 19th century; and consulates (former embassies before 1923) of several nations including France, Greece, the Netherlands, Russia, Spain, Sweden, and the United Kingdom.

During the Ottoman period, the avenue was called Cadde-i Kebir (Grand Avenue) and was a popular spot for Ottoman intellectuals, also becoming a center for European foreigners and the local Italian and French Levantines who referred to it as Grande Rue de Péra. When 19th-century travelers referred to Constantinople (today, Istanbul) as the Paris of the East, they were mentioning the Grande Rue de Péra (İstiklal Caddesi) and its half-European, half-Asian culture. With the declaration of the Republic on October 29, 1923, the avenue’s name was changed to İstiklal (Independence) for commemorating the triumph at the Turkish War of Independence.

In September 1955, during the anti-Greek Istanbul Riots, the Avenue was pillaged in one night, while it was covered with pieces of glass, clothes, smashed white goods, rolled down and burned automobiles and other goods, all belonging to the wrecked shops.

The avenue briefly fell from grace in the 1970s and 1980s, with its old Istanbulite inhabitants moving elsewhere, and its side streets – then stereotyped with their bars and bordellos – being populated by migrants from the rural areas of Anatolia. However, during the late 1980s and early 1990s, a massive restoration process took place (master-planned and executed by the Municipality; including the restoration of the historic buildings, new pavements for full pedestrianization, and the reinstallation of the historic trams), bringing the avenue its old charm and popularity. İstiklal Avenue once again became the center of fine arts and leisure in Istanbul, with real estate prices skyrocketing as a result. Numerous new art galleries, bookstores, cafés, pubs, restaurants, shops and hotels were opened. The venues around the avenue became the host of many international art festivals, such as the annual Istanbul Film Festival.

İstiklal Avenue is also a popular venue for all sorts of protests, marches, parades and gatherings in the city. 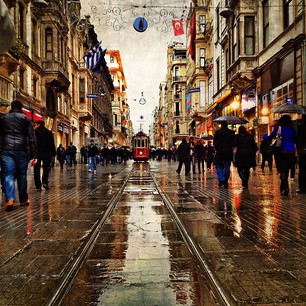 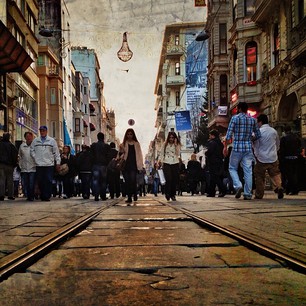 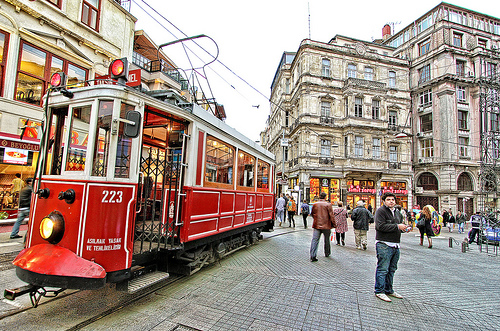 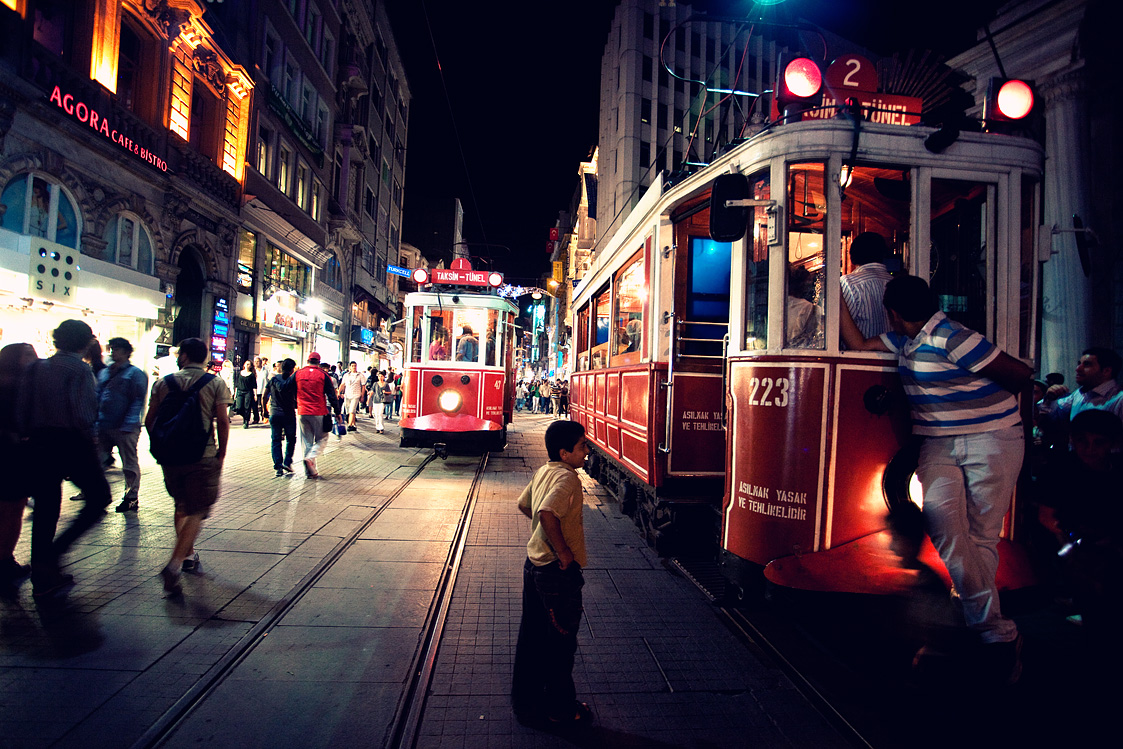